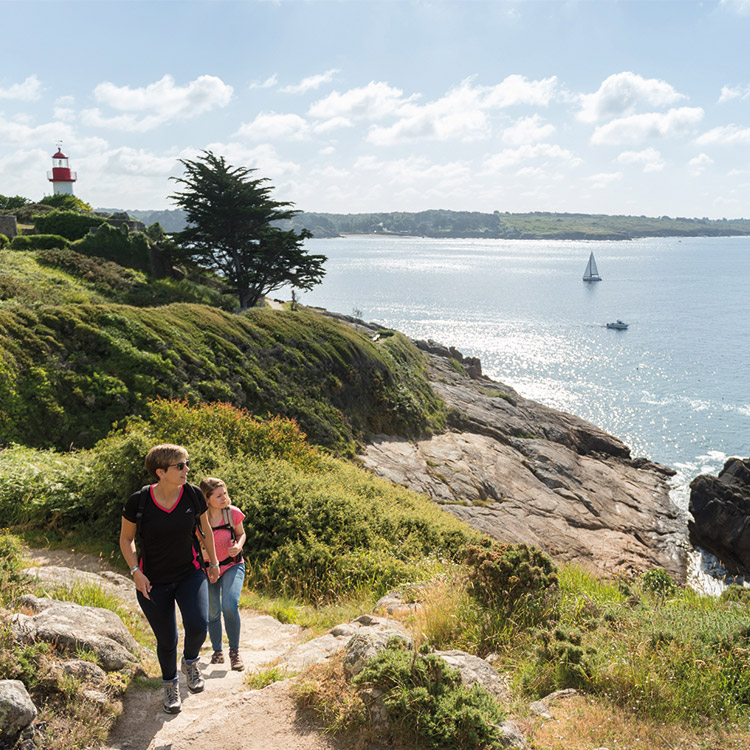 GR34 from Concarneau to Pont-Aven

Hiking enthusiasts, take note: Brittany is the hikers’ paradise! Put your hiking shoes on and explore the GR34 coastal path in Southern Finistère: from Concarneau to Pont-Aven, crossing Tregunc, Névez and going along the Aven river… Between river and ocean, beaches and coves, cliffs and lighthouses, every moment is a delight! Have a nice nature getaway on our paths!

The coastal path or GR34

The GR34 runs alongside the whole breton coast and merges with the famous coastal path. Also called the coastal control pathway, it starts from the Mont-Saint-Michel and ends in Saint-Nazaire in Loire-Atlantique: it therefore crosses four breton departments with its 2000 km of trails (that is to say over 600 hours of walk!) and is exclusively allowed to pedestrians.

GR 34 from Concarneau to Pont-Aven

In South Finistère, the GR34 passes by Trégunc, Névez and Pont-Aven. With its magnificent landscapes, the  scenery is constantly changing along the coastal path! Rocky shores, wild river banks, little typical breton ports and picturesque villages… Every second is an amazement.

Dear hikers, with 35 km of coastal pathways on our territory, you will love our destination!

Our TOP 10 must-see places along the GR34

The ornithological nature reserve classified as Natura 2000 in Trégunc (between Pendruc and Trévignon), offers a 6km walk on the beach, in the dunes and around the ponds. Ideal for nature lovers.

The splendid view over the island from Raguénez in Névez

Tahiti will astonish you with its evocation of exoticism: sandy beach and crystalline water!

An untouched beach nestled in a green setting between two rocky slopes. One of the most beautiful hiking spots of the surroundings!

Port Manec’h is located at the mouth of the Aven and the Bélon rivers.  This little hamlet  was The Place to Be at the beginning of the 20th century. With its adorable bathing cabins and its beautiful dwellings, Port Manec’h has kept its elegance. A photo stop is mandatory at the foot of the white and red lighthouse.

On the Aven’s bank, the typical breton harbour will seduce you by its authenticity.

Former granite quarry surrounded by nature, the wild cove of Kerrochet unveiled its treasures at low tide. Keep an eye open! At high tide you can see the slipways which are the only visible witnesses of the former activities.

Last halt before Pont-Aven, the Hénan is such a charming place with its tidal mill, the miller’s house, the arboretum, the three fountains and the Saint Marguerite chapel!

Pont-Aven, city of painters with its port, mills and granitic blockfields will bring your hike on the GR 34 to a wonderful close! 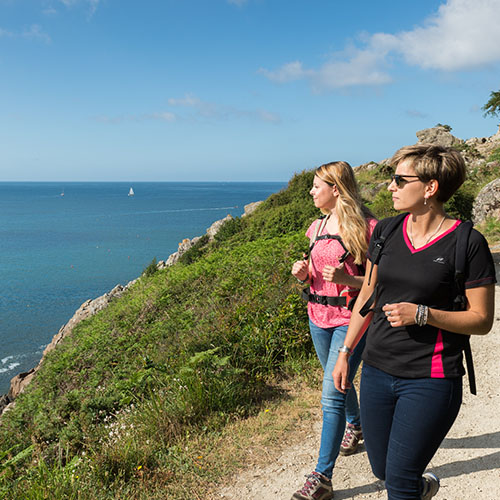 Hiking between sea and river 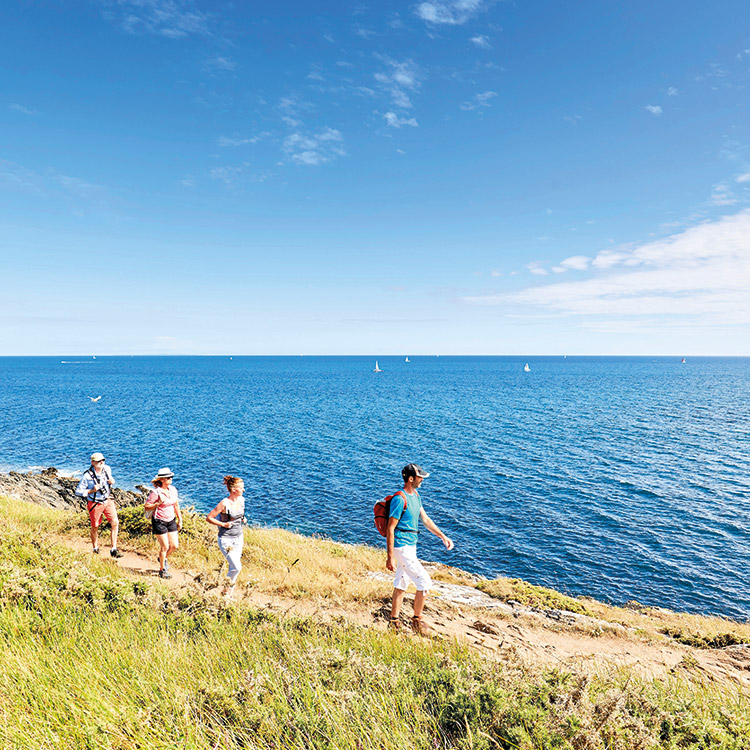 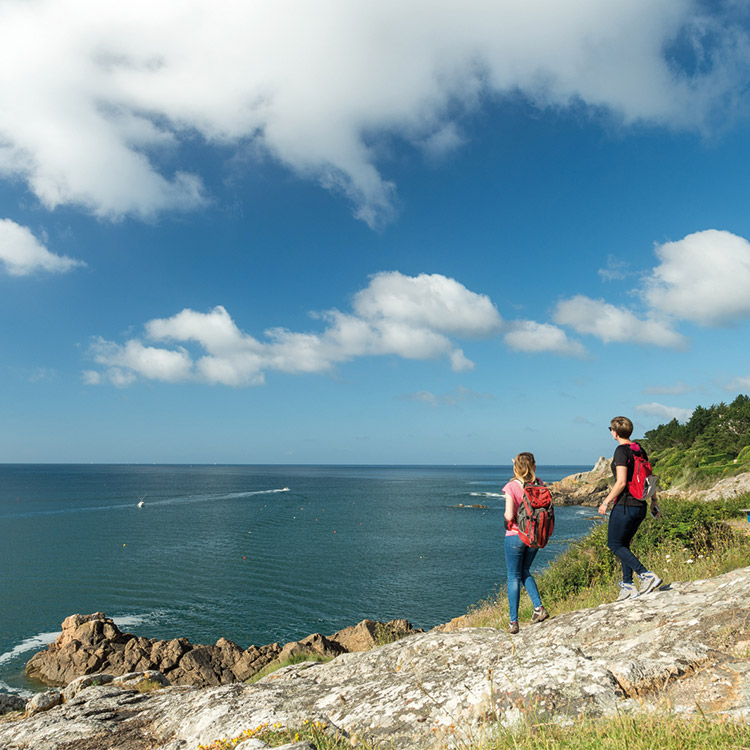